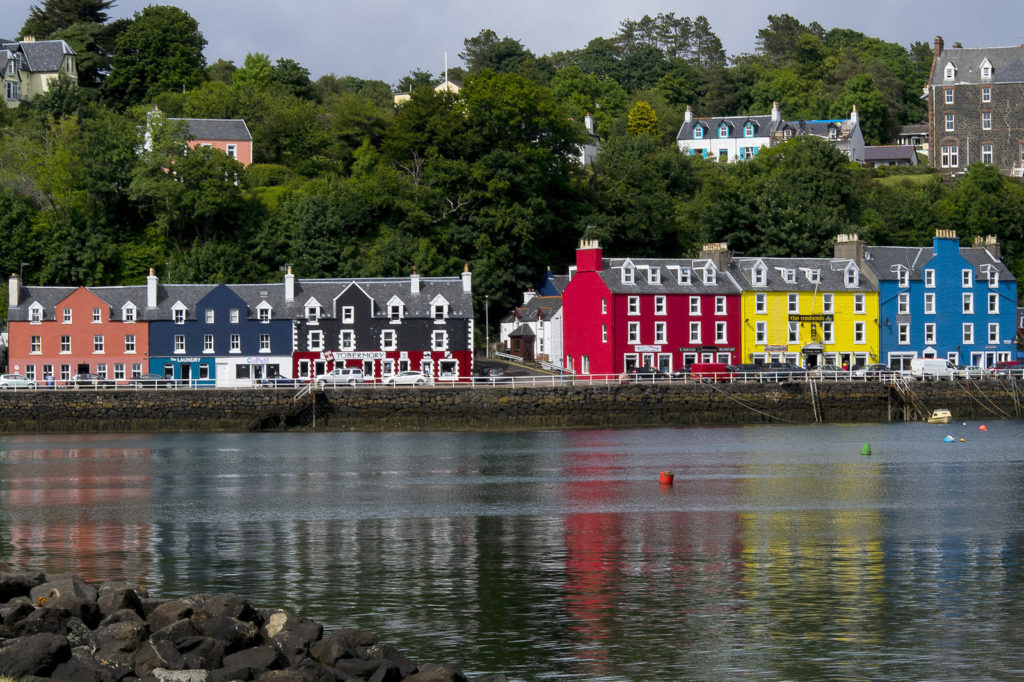 With lochs and mountains, coastline and glens, Scotland’s landscape is incredibly varied. Among this wild and rugged scenery are plenty of picturesque places worth a visit. These towns offer a slice of Scottish life and have plenty of things to do. For instance, there are sites of historical importance, architectural gems, wonderful walks, and lots of places where you can try the local cuisine. So, if you want to explore more, here are some of the most charming small towns in Scotland.

Charming Portree is the biggest town on the Isle of Skye in the Inner Hebrides. Cliffs and colourful houses fringe the lovely harbour, which has a pier designed by Thomas Telford, the famous Scottish civil engineer and architect. The harbour is particularly picturesque at sunset with the boats bobbing on the shimmering water. Portree is a great base for those looking to explore more of the Isle of Skye.

Hugging the banks of the River Tummel, Pitlochry is a popular town in the county of Perthshire. Its Victorian High Street has plenty of shops, guest houses and places to eat, however, one of the things that Pitlochry is most famous for is its fish ladder. The fish ladder allows 5,000 salmon between April and October to reach their upstream spawning grounds. Another top attraction is the 13th-century Blair Castle, the ancient seat of the Dukes and Earls of Atholl. 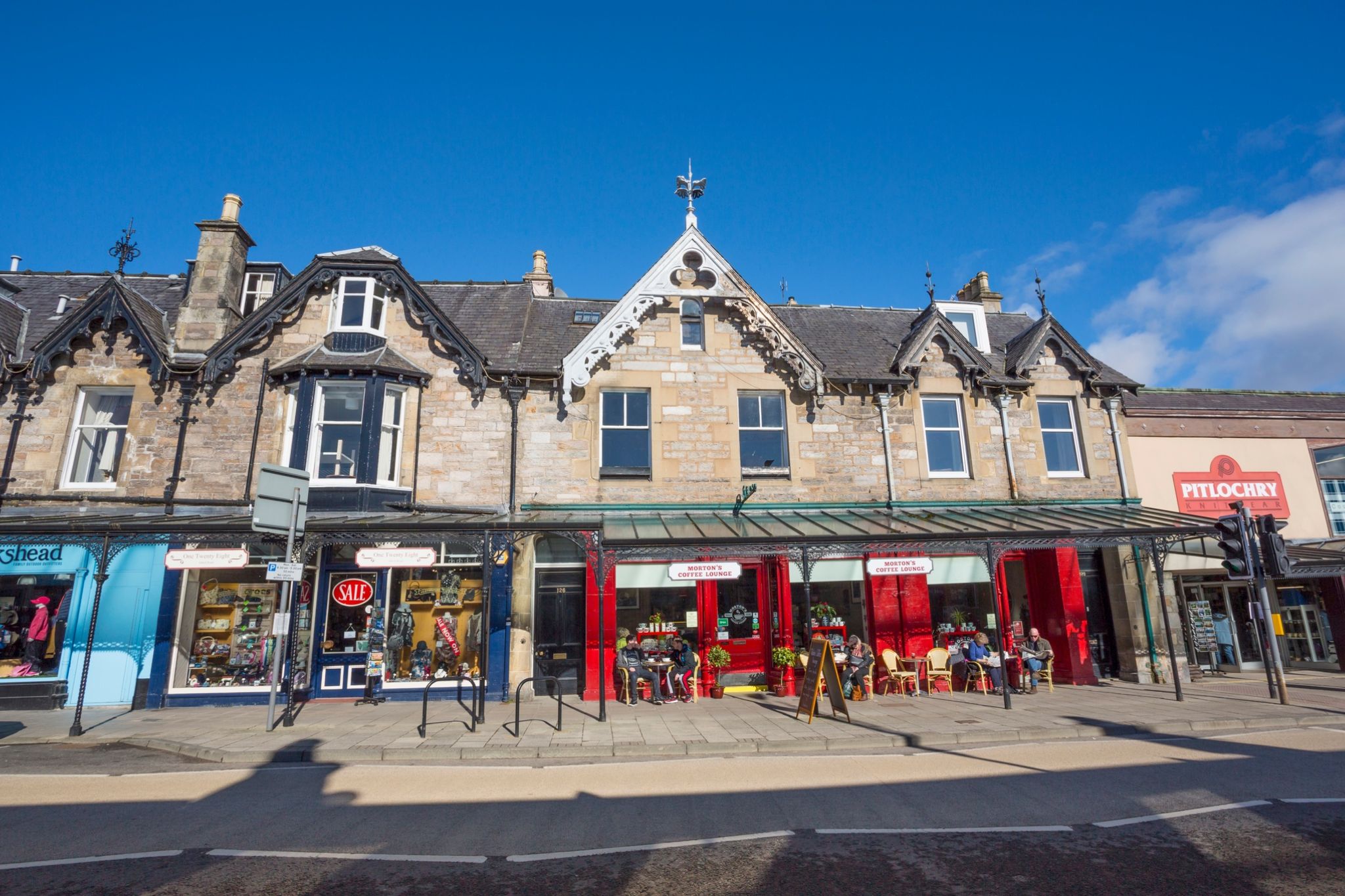 Oban on the Scottish west coast has lots to offer visitors despite its small size. Known as the Seafood Capital of Scotland, Oban has a remarkable number of award-winning restaurants and is one of the best places to try the local catch. The crescent-shaped town lies in the hills around Oban Bay with McCaig’s Tower standing above. You’ll see this Colosseum lookalike on all the town’s postcards. It is a ten-minute walk uphill to get to the tower and its wonderful views. Also worth a visit is Oban Distillery which is one of Scotland’s oldest sources of single malt Scotch whisky. The island of Great Cumbrae can be found in the lower Firth of Clyde off the coast of North Ayrshire. It is accessible by ferry. Millport is the only town on the island. A seaside destination, families flock here for its laid back vibe and sandy bay with its pretty seafront promenade. Attractions include the Robertson Museum & Aquarium, the Museum of the Cumbraes and the Cathedral of the Isles, which is the smallest cathedral in Britain and dates from 1851. 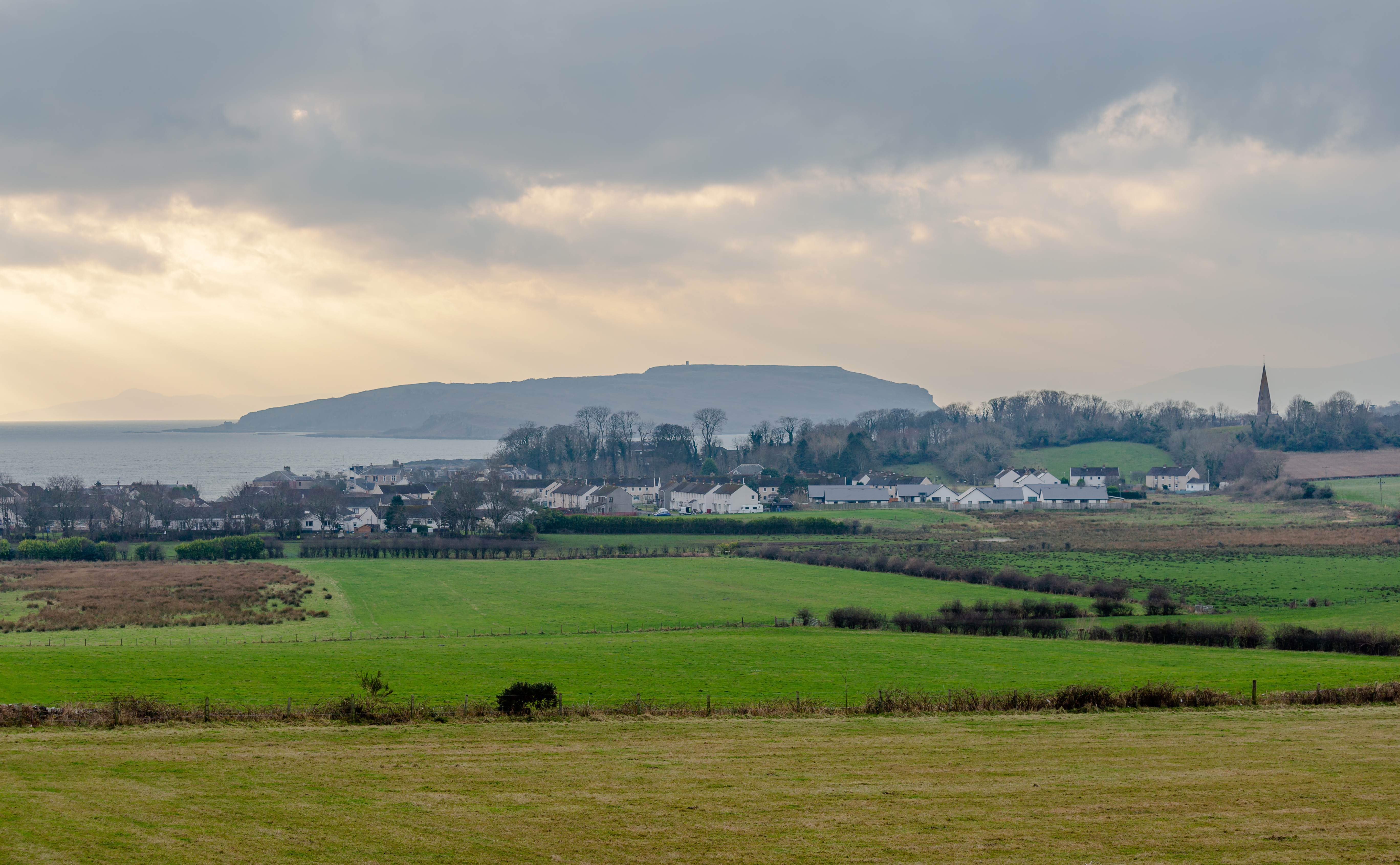 Travelling towards the northwest of Scotland you’ll find the fabulous town of Fort William. Located on the shores of Loch Linnhe the town is known as the Outdoor Capital of the UK and the gateway to Ben Nevis, the highest peak in the UK. What makes Fort Willaim so charming is its scenic setting and fascinating history. After you’ve learned all about King William III and the ghost of former caretaker Edith MacGregor, who haunts the West Highland Museum, you can don your hiking boots and trek the trails. Harry Potter fans love it here as the Jacobite Steam Train that passes through the town doubles as the Hogwarts Express in the films. Dunfermline is one of the most charming towns in Scotland thanks to its historic buildings, Heritage Quarter and wonderful parks. Magnificant Dunfermline Abbey is the final resting place of King Robert the Bruce as well as 11 other Scottish kings and queens. If you want to uncover more of the town’s fascinating history, pay a visit to the Dunfermline Carnegie Library and Galleries. For a beautiful walk in the woodland, Pittencreiff Park is a wonderfully tranquil spot where you can enjoy some urban nature. 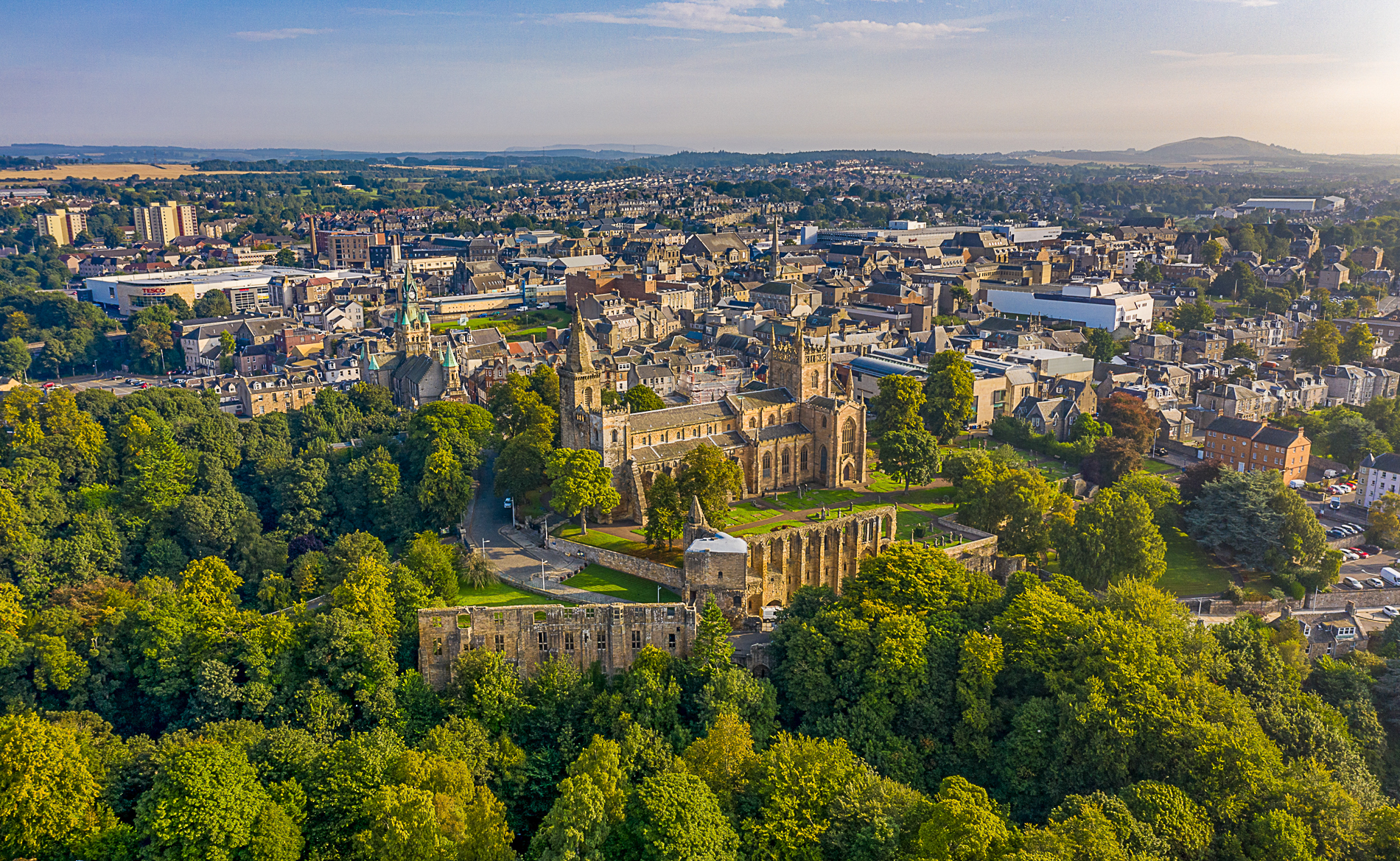 Crieff is the gateway town to the rolling hills and countryside of Perthshire. To get a splendid view of the town’s surroundings walk up Knock Hill and enjoy the panorama. The town is home to lots of family-run businesses that offer a warm welcome and some terrific places to stay, eat and drink. Crieff is home to Glenturret Distillery, Scotland’s oldest working distillery where they have been handcrafting single malt whisky since 1763. 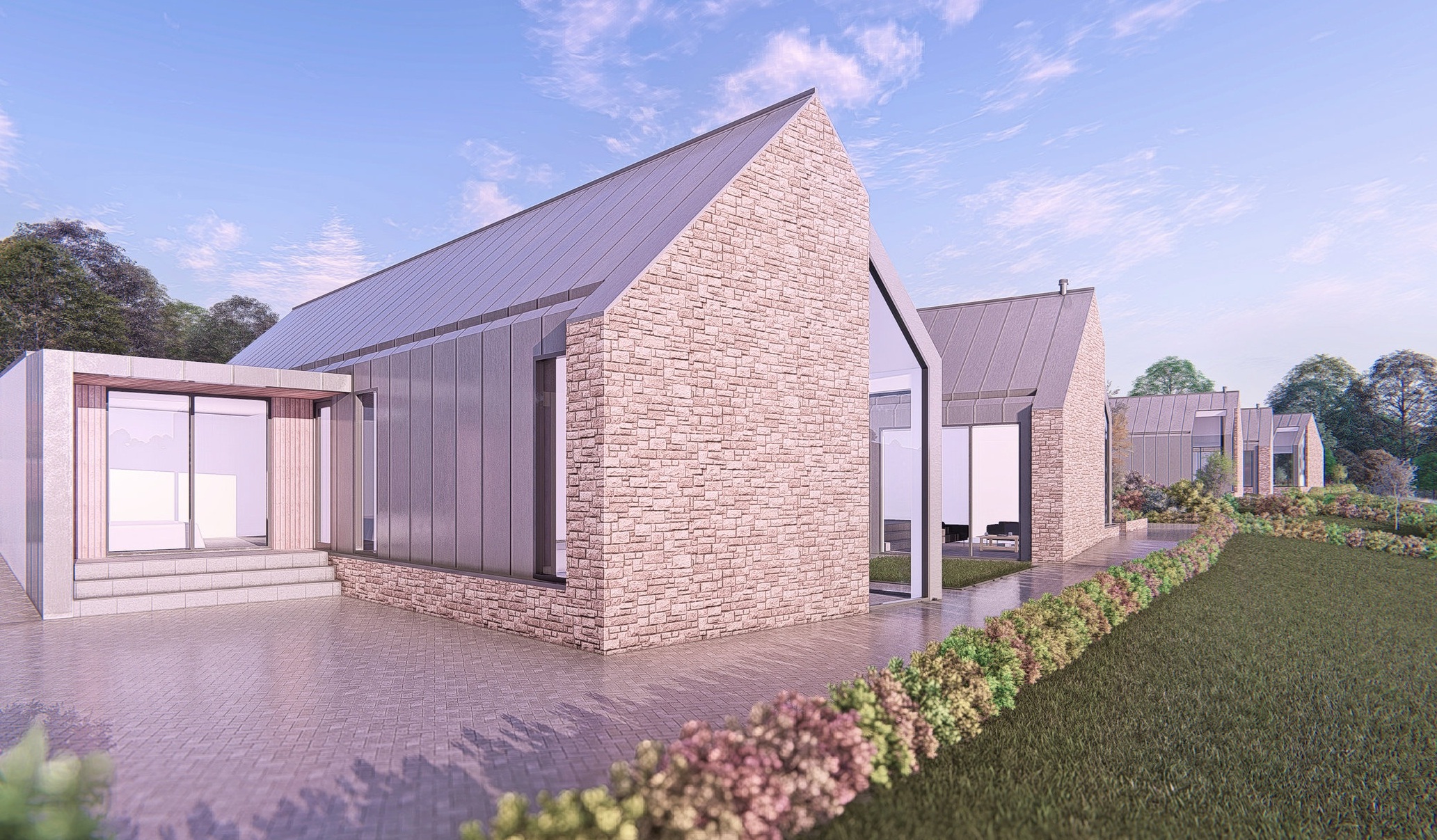