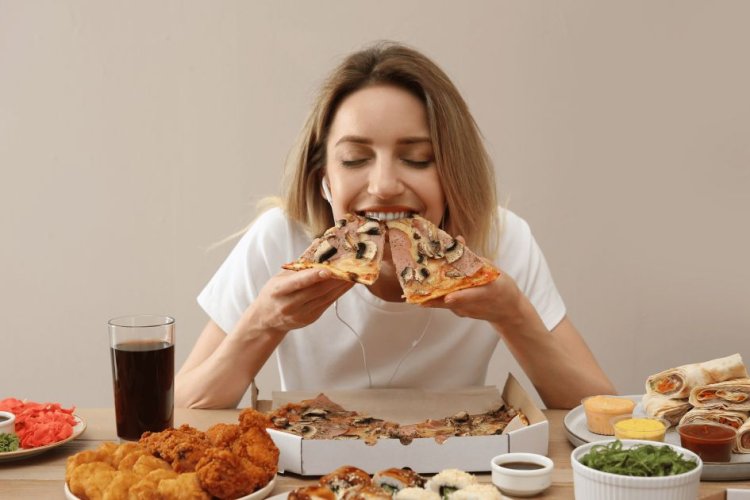 In 2010 the trend of “mukbang” was hardly recognizable but in the decade since it’s become a worldwide phenomenon. Originating in South Korea, today it can be seen all over Youtube from all sorts of nationalities and even has its own ASMR. But what makes mukbang so interesting? Why do millions of people love watching someone eat? And how on Earth has mukbang managed to last so long when out food and video trends are quick to die out? Here is all you ever wanted to know about Mukbang.

All You Ever Wanted to Know About Mukbangs

What is a mukbang, anyway?

Mukbang: A video, especially one that is live-streamed, that features a person binge eating a large quantity of food and addressing the audience. To define Mukbang and its meaning, it’s a blend of the Korean words “muk-ja” (let’s eat) and “bang-song” (broadcast).

What is the difference between Korean and American mukbangs?

While the term originated in South Korea, the American version is a bit different. In South Korea, mukbangs are typically live-streamed over their dinnertime. This is so viewers can feel like they are sharing a meal with a friend. However, Americans tend to prerecord their video and have a one-sided conversation throughout. Additionally, Korean mukbangers more often eat traditional Korean dishes. On the other hand, Americans eat a whole host of other foods, ranging from literally anything. We’re talkin’ Chinese takeout, rare tropical fruit, mac n cheese, every item on the Taco Bell menu; you name it.

How did mukbangs start?

In South Korea and many Asian countries, eating is a communal activity. However, the younger generation is now more often living in single or individualistic households where they consume their meals alone. Since food and particularly food with others is such a strong pillar of these cultures, young Koreans came up with their own way to cope. By broadcasting the mukbangs, the audience and hosts can enjoy their food “together.” Since then, the fad of mukbanging has spread all around the globe, ultimately uniting people over food.

Why are mukbangs so appealing?

It’s a good question. Why on Earth is it that millions of people from all corners of the Earth can be entertained by watching a stranger eat? Well, there are a few reasons. Some enjoy mukbangs purely for the entertainment aspect, some are looking to cure their loneliness, and some enjoy the sensory experience of ASMR that mukbang delivers. In fact, this study shows that the slurping, chewing and crunching sounds stimulate psychological sensations proven to reduce stress.

Additionally, some viewers use mukbangs as a way to “eat vicariously” through the hosts. Consequently, mukbangs serve as a sort of escapism for individuals who struggle with dieting or access to specific foods.

Most importantly, mukbangs serve as a means to connect the “lonely generation.” Fundamentally, humans have a need to socialize and eat and often together. In a time when 3 out of 5 Americans are lonely, this type of connection can be vital for some.

Those numbers are pre-pandemic, mind you. Now, this type of connection is more important than ever. According to a recent study, mukbangs have been proven to aid in the troubles social isolation and make the pandemic times a bit easier for some.

This genre is one of the most lucrative on Youtube. According to Soo Tang who’s channel is MommyTang boasts nearly half a million subscribers, YouTubers can make a killing on mukbangs. In an interview with TODAY, she estimated that “popular” mukbangers in the US can earn around $100,000 annually.

Moreover, this study done by NPR shows that Korean mukbang hosts make upwards of $10,000 per month. These figures are quickly making their way stateside with big brands such as DoorDash and Popeye’s Chicken handing out sponsorships left and right.

What are the cons of mukbanging?

Like any big youtube fad, there are drawbacks and people who just go too far. As youtube becomes more and more lucrative, YouTubers are placed on pedestals and almost held in the same regard as celebrities. Easily the most controversial YouTuber in the realm of the mukbang world is Nicholas Perry. The 27-year-old youtube garnered loads of criticism late last year after being accused of abusive behaviour in a video collaboration with other mukbangers. He is known for his disturbingly obnoxious videos that are often interpreted as a cry for help. In the months since the feud, he has only received more backlash with many calling him “scary” and questioning his sanity.

It should come as no surprise that binge eating copious amounts of food regularly, no matter how entertaining, will lead to problems. Most clearly, this style of eating with its “food porn” characteristics promotes binging overeating. After all, mukbanging is all about overindulgence and extreme eating. Most hosts consume upwards of 4,000 calories per sitting of things better had in moderation. This type of binge eating can lead to serious health problems both for the hosts and for the people who may try to replicate their eating habits. The most common risks are type II diabetes, high cholesterol, heart disease and mental distress. Not to mention the long last effects of developing a permanent eating disorder.

According to Dietician Theresa Kinsella that at a minimum “The short-term health risks are physical discomfort, gastrointestinal distress, lethargy and fatigue.”

The trouble is, many mukbang stars don’t realize this until they’ve gathered 100s of thousands of subscribers. By then, they feel like they are on the red carpet, and it becomes much harder to stop.

That said, many mukbang personalities actively combat the risks of their youtube careers. Erik Lamkinis a 25-year-old food competitor and mukbang who is constantly coming up with ways to stay healthy despite his extreme eating habits. From bike rides post binging and regular doctor visits to monitor blood work and the effects of overeating, he says he feels pretty good about it.

Whether these eating habits are paired with an extremely active lifestyle and other health compensations, it’s still “quite a roller coaster to put your body on,” says Dr Andrew Bates. Dr Bates, MD, explains the repeated cycle of binging and clean eating will make your system’s biochemical signalling go haywire. “Your body won’t know whether you’re in feast or famine mode,” he says.

With over 5 million subscribers, Dona is one of the most popular mukbangers out there. She’s got a super quirky almost childlike personality and churns out a huge variety of foods. Her most popular mukbangs include chocolate eggs, edible lipsticks, spicy seafood boil and mystery drinks.

As the name suggests, Zach’s channel is all about ASMR. Over 10.5 million subscribers flock to his videos to listen to him slurp up noodles, crunch fried chicken and scarf down whatever’s in front of him. One of his most popular videos is, buckle up, hot cheeto mozzarella corn dogs. You really have to see it to believe it.

With almost a million subscribers, Keemi is famous for her casual mukbangs and cute personality. She often will film a short cooking lesson on how to make the food she’s eating in her videos so you can recreate the experience at home. Among her most popular mukbangs are a spicy fire chicken, Korean street food and corn mozzarella fondue chicken.

Erik takes extreme eating to the next level with his mukbangs and is a must-watch. To give you an idea, he ramped up the original 10,000 calorie mukbang challenge to a whopping 100,000 calories. If you want to feel stuffed to the brim, his videos are a must-watch just for the sheer amount of so. much. food. His most popular videos include a 100,000 calorie meal (if you can call it that?), Reese’s feast and a $100 Mcdonald’s challenge.

This one goes out to all of our vegan readers. MommyTang is known for being personable, down to Earth and always entertaining. She showcases the very best of vegan foods with massive sprawls of mukbangs ranging from Korean curry rice, instant ramen and toasted seaweed rice balls. She also does storytimes in a lot of her videos and sometimes brings her kids on.

Mentioned above for his controversial videos, he’s worth watching just out of sheer curiosity. Super clickbaity, unbelievably obnoxious and just plain strange, most of Nikocado Avocado’s videos are ones you just can’t look away from. In addition to his mukbang style videos, he keeps fans up to date with his personal life updates, too. His top videos include giant spicy rice cakes, a “heart attack grill” and Korean fire noodles.

How to create your own mukbang

First, you’ll need a good idea for food. Some of the most popular mukbang trends have included spicy noodles, sushi, fried chicken and sweets. Bonus points if you’re eating something that can create a lot of crunching, chewing or slurping sounds. Other food options include themes like top foods from your state, restaurant-specific foods like McDonald’s or Chikfila hauls and “gross” or “unusual” foods.

Next, you’ll need a decent filming spot. One of the most important things about mukbangs is the visual appeal of the food. This is best achieved with a wide-angle lens that can showcase a massive feast.

If you don’t have one, though, don’t despair! Just be sure to film in landscape/horizontal orientation to get as much food in the shot as possible.

Lastly, just be yourself! You can tell a story, chat to the camera or simply just eat. 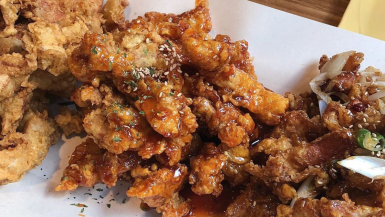 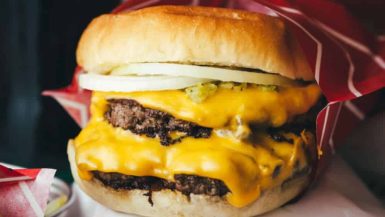 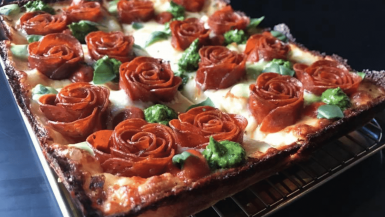 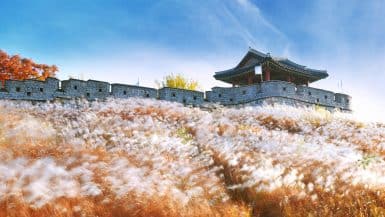 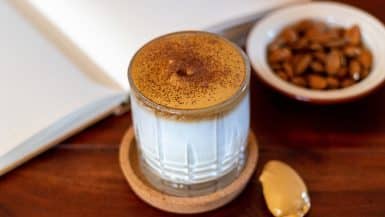 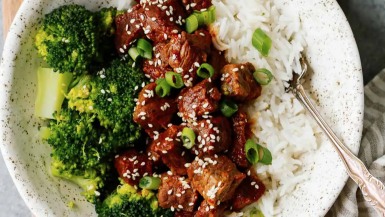 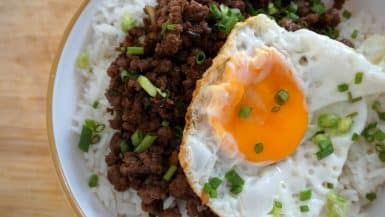 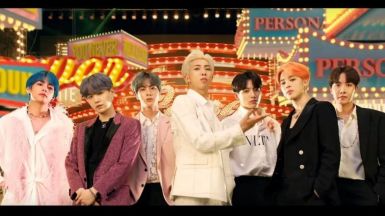 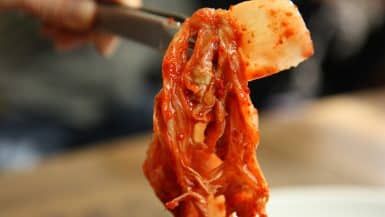 Vienna vs Salzburg: How to Choose Between the Two
29 mins ago

The 50 Most Beautiful Drives in the US
6 hours ago

Frankfurt vs Berlin: How to Choose Between the Two
18 hours ago 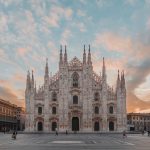 Rome vs Milan: How to Choose Between the Two
22 hours ago