7 Unmissable Things To Do In Valencia

Whether you’re headed to Spain to indulge in the local paella or you simply want to visit the famous City of Arts and Sciences, there are plenty of things to do in Valencia.

Spain’s third-largest city, coming in after the hot tourist destinations of Madrid and Barcelona, is known for being one of the most architecturally impressive cities in the world.

Whether you’re interested in marvelling at modern delights or want to learn about one of the most historic aspects of Gothic culture in Europe, here are our top picks for the seven unmissable things to do in Valencia.

Things To Do In Valencia

1. Walk Around the City of Arts and Sciences

There are few things more architecturally impressive than the ghostly white structure that is the City of Arts and Sciences in Valencia.

This unique, striking complex was built by local Valencian Santiago Calatrava to serve as a mecca for arts, sciences, and culture.

Visiting the area is one of the top things to do in Valencia, but you can also head inside to visit the whales at the aquarium or spend the afternoon at the planetarium. 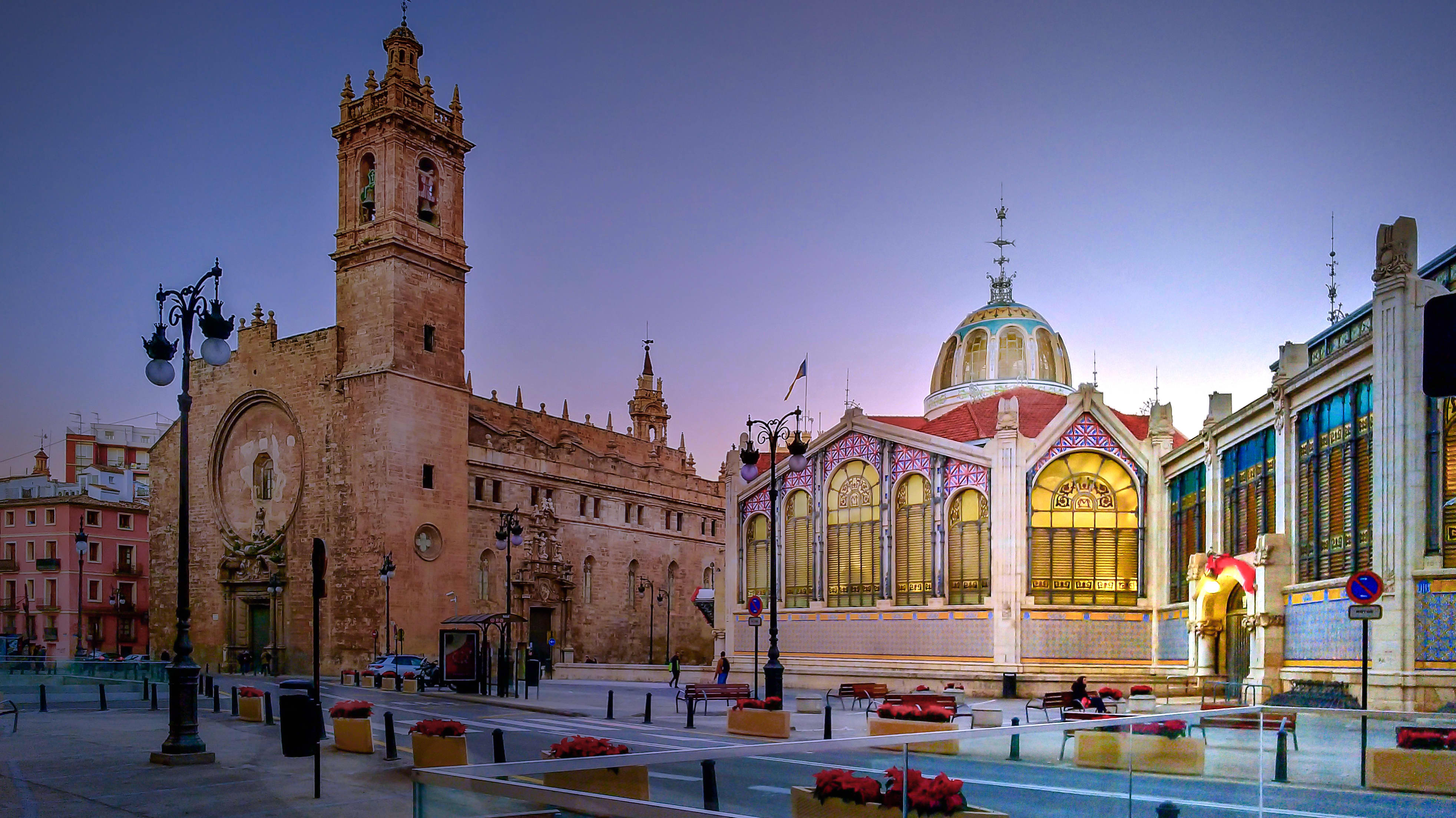 2. Snap Photos of the Valencia Cathedral

Upon first glance of the city of Valencia, it’s hard to deny the powerful presence of Gothic architecture. The city’s main cathedral is one of the most striking examples of this classic Baroque style, making it a great spot to snap a few photos or have a quiet look around.

Make sure you go inside, as the church is home to what most people believe is the real Holy Grail.

3. Learn About the Silk Exchange

La Lonja is what the Spanish call this stunning building, which stands today as one of the most impressive examples of Gothic architecture. Building began in 1492 and the monument was later used to house the famous Silk Exchange.

It’s an important monument to visit in Valencia, as it’s an important part of the city’s history. At the height of Valencia’s Golden Age, it served as one of the most important reminders of Spain’s prosperity.

Make sure you take time out to tour this spot. It only costs €2 per person to get in.

4. Wander Around the Historic District

If you’re a history buff, then Valencia is one of the best European cities for you to visit. With over 2,000 years of rich history, all you have to do is take yourself on a walking tour around the historic district in order to unlock the secrets that Valencia holds.

Make sure to stop by the bullring, Neo-Mudéjar Plaza de Toros, and plan on visiting the quaint Plaza de la Virgen. 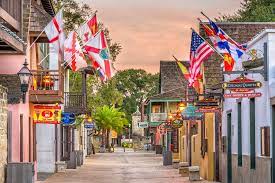 5. Go Shopping at the Central Market

One of the best ways to immerse yourself in the local culture is to head to the market and shop with the locals. While that’s true of any city you find yourself in, it’s particularly true for the Central Market in Valencia.

You’ll find the market in the historic district, which makes it an easy stop after an afternoon of touring on foot. Even if you don’t buy anything, the art nouveau design of the market itself is impressive and interesting.

6. Get Fresh Air at the Jardin del Turia

What was once an uncontrollable, raging river is now one of Valencia’s most beautiful green spaces.

After a flood in the 1950s, the city decided to divert the river and built nine kilometres of gardens on top of the previous river bed. Today, it’s a great place to relax, and there are 18 bridges to cross and numerous unique green spaces to explore. 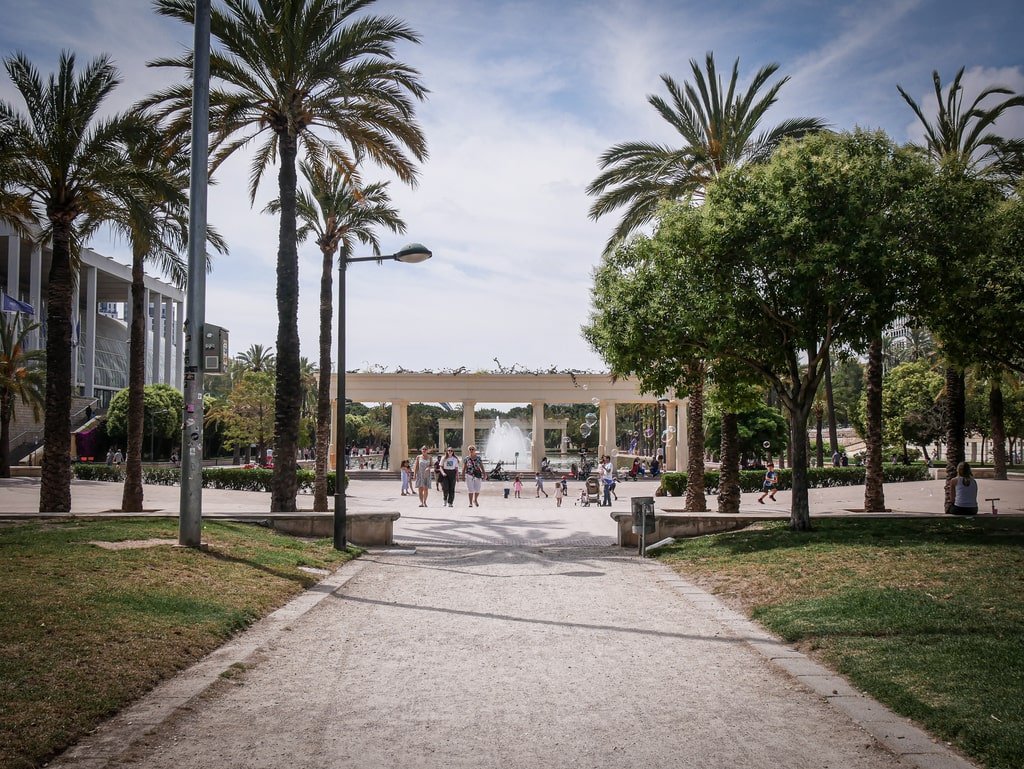 If you ask a Spaniard where paella was born, they’ll likely tell you that it’s a local dish from Valencia. Regardless of whether that’s true or not, there’s no denying that you’ll find some of the absolute best paella dishes in Valencia.

If you’re going to try paella in Valencia, then head to La Pepica. Hemingway loved it, and numerous other celebrities have since visited and tried it as well. 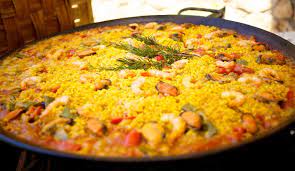 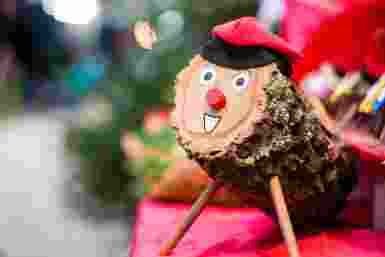 7 Interesting Facts About Mauritius
2 hours ago

7 Interesting Facts About The Gambia
2 hours ago