The 7 Cheapest Places To Travel In January 2020

After holiday spending and an entire year’s worth of travel catches up to you in January, you might be looking at your bank account and wondering just how you’re going to travel in the New Year.

Well, we’ve got good news for you. January is one of the cheapest months to travel. In fact, last year, Skyscanner released data showing that an average plane ticket purchased for travel in the month of January costs close to $20 less than during the coveted shoulder season month of September. And, it’s over $130 cheaper to fly in January than it is in December. Whew, aren’t you glad you saved up those vacation days?

Now, all you have to do is figure out where to go. Airlines are enticing travellers all over the world to take trips, meaning you’ll find great deals all around. However, we’ve rounded up our picks for seven of the cheapest places to travel in January 2020. New Year, new you, you know?

Cheapest Places To Travel In January 2020

According to major booking sites such as Expedia and Kayak, January is not only the best month to fly to Québec City, but it’s also the cheapest. You might encounter warmer weather in March, just before peak season begins, but it’s hard to pass up a chance to marvel at just how magical the city looks under a blanket of fresh snow. Fill up on some of the city’s best brunch and then stop off at the nearly 400-year-old IglooFest for chilly vibes and live music. This year, expect Costa Rica to turn into a hotspot for eco-conscious travellers interested in exploring any one of the country’s 28 lush national parks. Visiting Costa Rica in January places you at the tail-end of peak season. But, you’ll still find it to be one of the cheapest tourist destinations this month. The weather is extremely pleasant, ensuring you’ll be able to explore everything from dense rainforests to tranquil beaches. Start the year off by visiting one of the cheapest places to travel in January 2020: Dublin. While the city makes for an enchanting Christmas holiday destination, it’s best to wait until the New Year to head over and mingle with The Jacks. January is the cheapest month in the year to visit Ireland’s capital city, with prices dropping over $330 compared to December. Charming city events and the chance to warm up with some strong drinks make Dublin a cosy spot for a quiet January holiday.

Fancy a nice ski holiday in January but don’t have the cash to drop on a trip to the French Alps? You’re not alone, but that’s okay. Vermont’s got 43 cross-country and Alpine resorts to choose from, more than any other state in the region. And, it’s currently one of the cheapest places to travel in January 2020, at least in the United States. The average domestic plane ticket costs just over $130. World-class slopes, prime powder, and a cheap winter getaway? Sign us up. 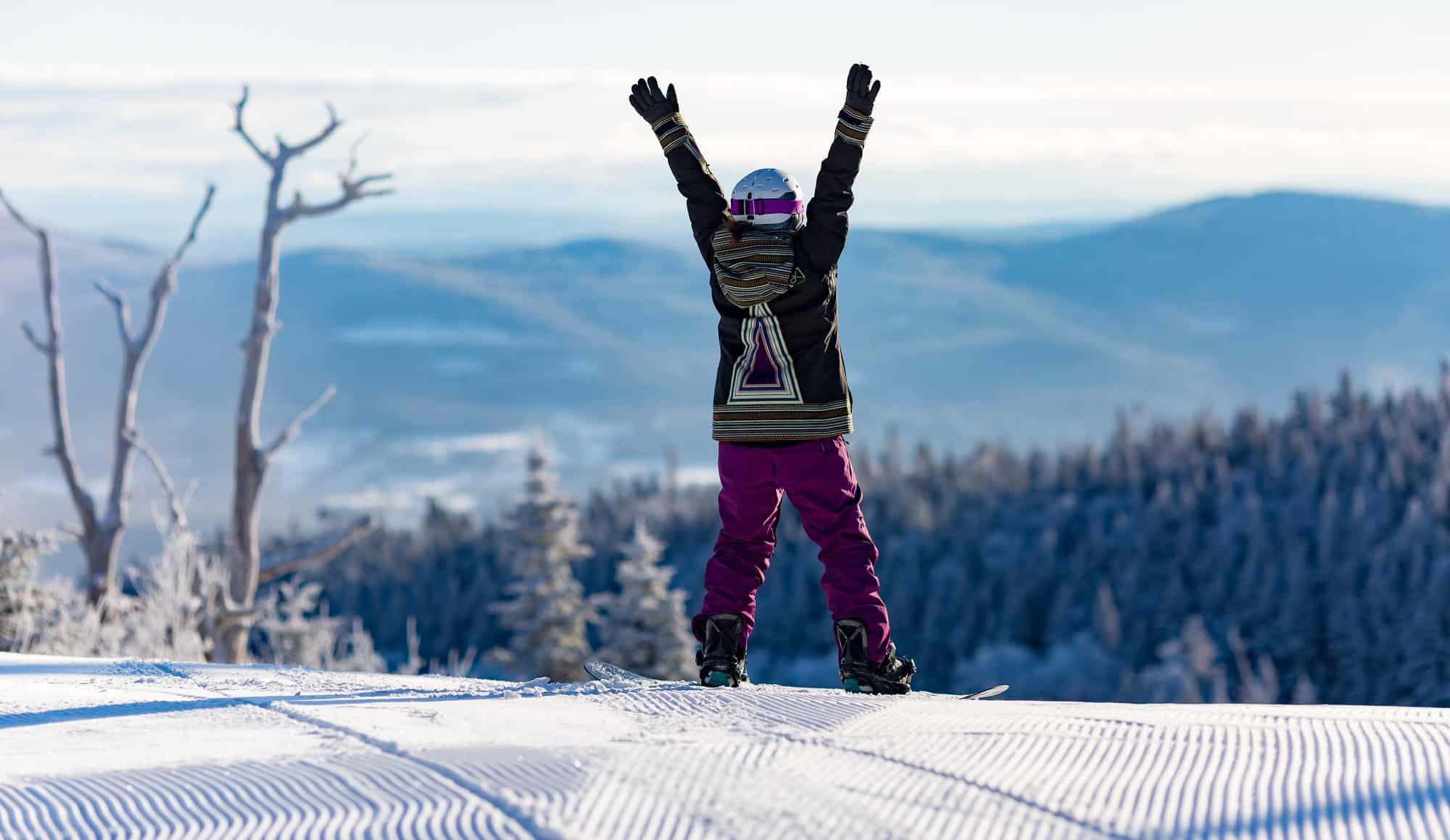 You can snag flights from Los Angeles to Osaka in January 2020 for less than $400. We know, what a steal, right? Skyscanner currently shows round-trip flights costing less than $500 from other major US cities such as Chicago, New York, Honolulu, and Las Vegas. While the winters here are cold, they’re not too cold to hinder any major travel plans. And, by the second week of January, most visitors have left after holiday celebrations, ensuring you’ll be able to hit all the hotspots without encountering massive crowds. Skyscanner once analysed their booking data to find that travelling to Barcelona is nearly 20% cheaper in January and November. You’ll find that Barcelona might feel a little colder and more dreary in January than if you visited during the summer. But, that also means that you won’t have to fight the crowds just to snap a photo along one of the city’s sunny stretches of sand. Explore La Sagrada Familia and other top Barcelona tourist spots without hoards of tourists. Current round-trip plane tickets from all major US cities are less than $300. What’s not to love about stunning coral reefs, chilled vibes, and pink and white-sand beaches? Barbados is developing so rapidly that it’s become one of the hottest travel destinations for 2020. And, there’s no time like the present to travel to this unique Caribbean island. Flights drop about 5% in price during the month of January, with the average ticket costing around $400. Not a bad price to pay when you consider how breathtakingly beautiful the island is. 7 Best Places for Snorkeling in North Shore
10 hours ago

How To Get From Bangkok to Chiang Mai
17 hours ago

How To Get From Tokyo To Mount Fuji
18 hours ago