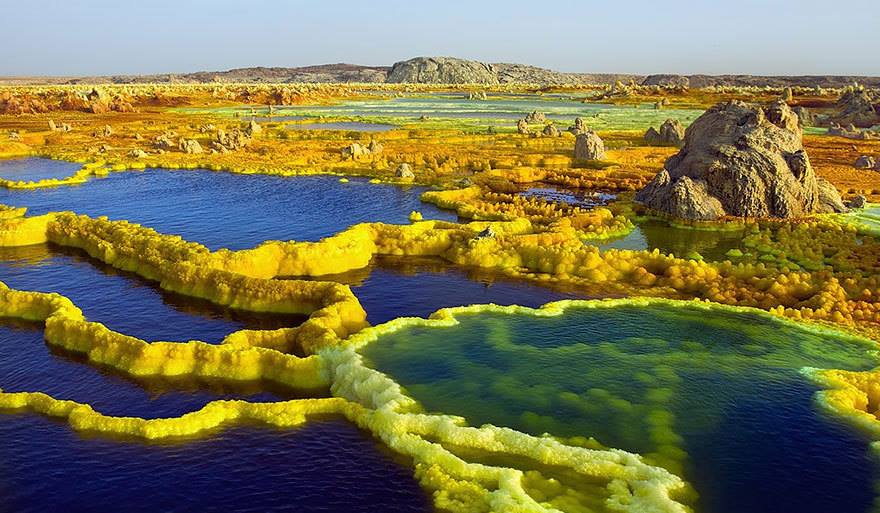 7 Most Incredible Natural Landmarks Across Africa

Africa is home to some of the most diverse landscape, wildlife and culture in the world. Comprised of 54 countries, over a thousand languages and more than one million species of animals, it truly is one of the most magical and wild places on Earth. From the Serengeti to porcelain coloured desserts in Ethiopia – here are seven incredible natural landmarks across Africa.

Most Incredible Natural Landmarks Across Africa

Located in the northern area of the Afar Triangle in Ethiopia, you’ll find the Danakil Depression. This otherworldy stretch is made up of acid pools sulphur deposits and mineral hotbeds which create spectacular colours and geographical formations. In addition to possessing a strange, mystifying beauty, the Danakil Depression is also bursting with geothermal heat, making it the hottest place on Earth.

This sprawling powdery white dessert is known for its creamy chalk colour and incredible rock formations. Thousands of years of sandstorms have created the massive chalk structures that dot the area. Together with the alabaster sculptures, barren dessert and baby blue sky visiting the White Desert feels like visiting mother natures art gallery. 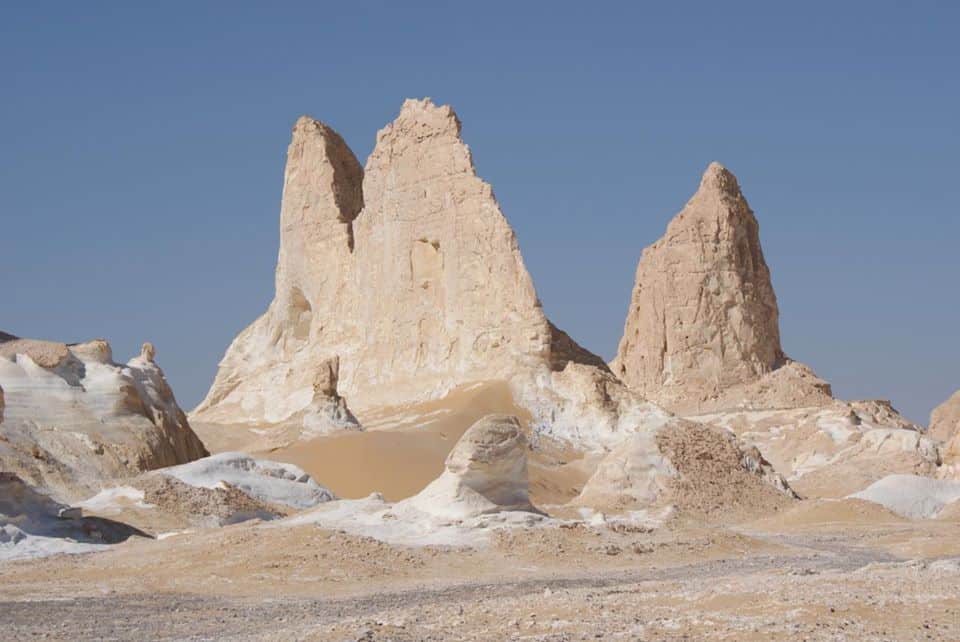 This UNESCO World Heritage Site is a vast region of lush swampland home to some of Africa’s most diverse wildlife. Additionally, Okavango Delta boasts over 150,000 islands and is one of the largest inland deltas in the world. If that weren’t enough, there are also limitations to prevent mass tourism and preserve the natural beauty of the area. 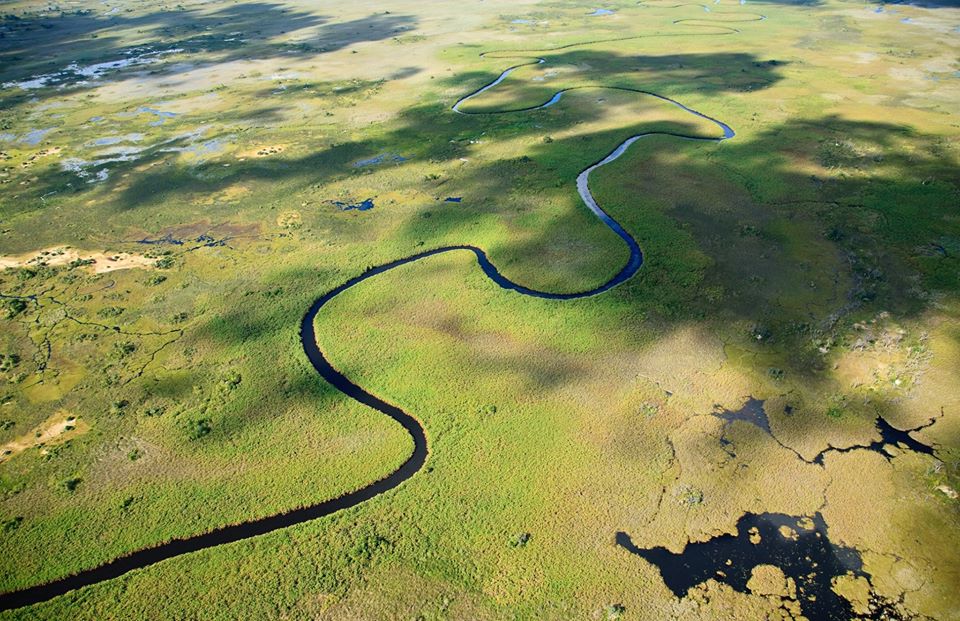 Just west of Rwanda’s border with the DRC is one of Africa’s most incredible volcanos – Mount Nyiragongo. It has erupted more than 30 times since 1882 and comes complete with the world’s largest lava lake. Likewise, adrenaline junkies who dare can even take a guided hike up the stratovolcano for an experience of a lifetime. However, if climbing stratovolcanos isn’t your thing, you can explore the area and check out the nearby Kibatsi village.

There is nothing that screams Africa more than Tanzania’s Serengeti National Park. Spanning 30,000 square kilometres across east-central Africa and reaching to Kenya, Serengeti National Park is on practically everyone’s safari bucket list. The park is home to Africa’s most beloved wildlife such as wildebeests and zebras. It also has the highest number of threatened species such as black rhinos, cheetahs and elephants. 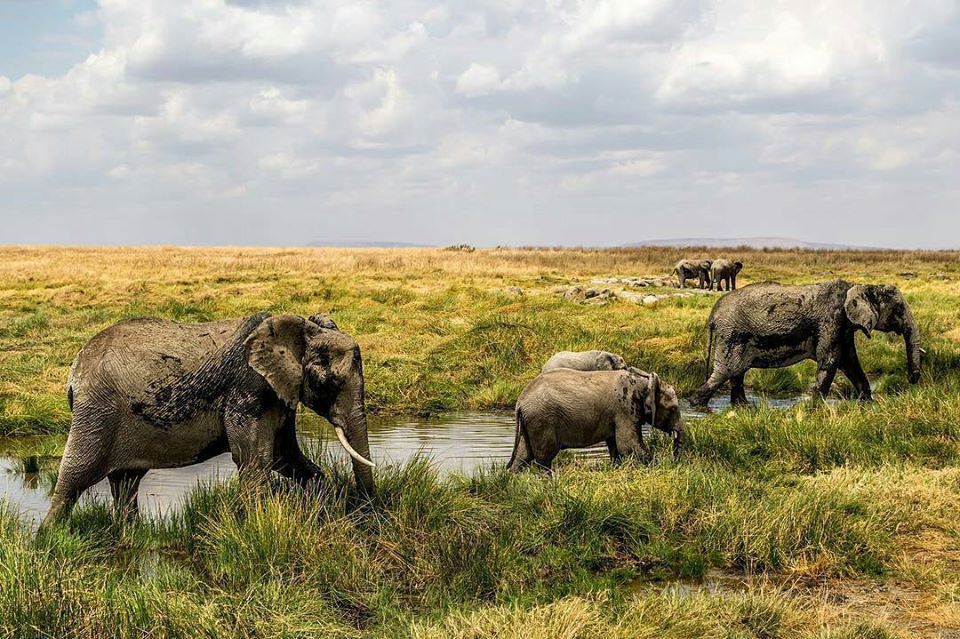 With a local nickname like ‘Smoke That Thunders’ it’s safe to say that Victoria Falls is much more than your average waterfall. It is the largest in the world and is famous for the roaring sound that can be heard as the water from Zambezi River pours over the cliffside. Victoria Falls is also home to the infamous Devil’s Pool, a natural pool on the edge of the cliff where you can experience the falls up close and personal. 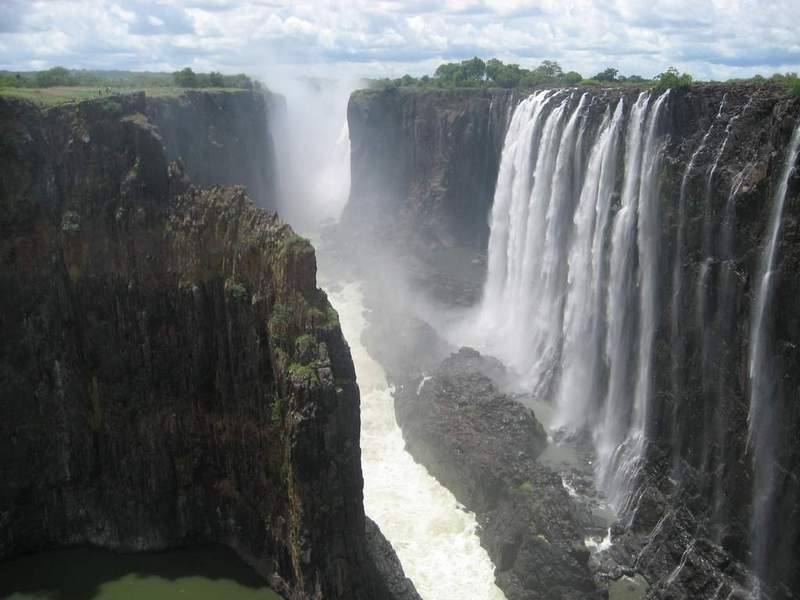 Lastly, ‘Walking on tiptoes’ or ‘tsingy’ in Malagasy is a fitting description of the scenery found at Tsingy de Bemaraha National Park. Endless fields of towering spikey rocks give the region its uniqueness and make it one of the most visited destinations in the country.

How To Get From Phuket To Bangkok
21 hours ago

How To Get From Bangkok To Phuket
2 days ago