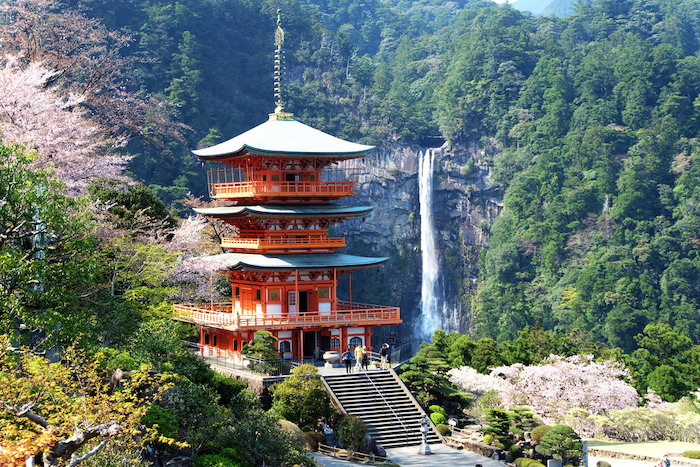 Japan boasts some of Asia’s most diverse and spectacular scenery, so it’s little wonder why so many tourists flock here for epic hikes and gentle scenic strolls. From one of the world’s most iconic mountains to ancient pilgrimages, there’s a hike for every taste. Japan’s ultra-speedy rail network makes it even easier to hop from hike to hike across the country too. There are hundreds to choose from, but to help make your life a little easier we’ve rounded up seven of the best walks in Japan.

The most scenic walks in Japan

Located just 100 km from Tokyo, Mount Fuji is one of Japan’s most iconic landmarks. Soaring 3,766 metres high, it’s the country’s tallest mountain, as well as the second-highest volcano in Asia and the seventh-highest island peak in the world. Unsurprisingly, it’s one of Japan’s most-visited tourist attractions and over 200,000 people clamber up to its summit every year.

The official climbing kicks off in early July through to September, when the mountain is usually free from snow and public transportation offers easier access. Most people can make the trek to the top of Mount Fuji in six hours. There are four different trails to choose from – Red (Subashiri Trail), Yellow (Yoshida Trail), Green (Gotemba Trail) and Blue (Fujinomiya Trail). The easiest and most popular route is the Yoshidaguchi Trail. 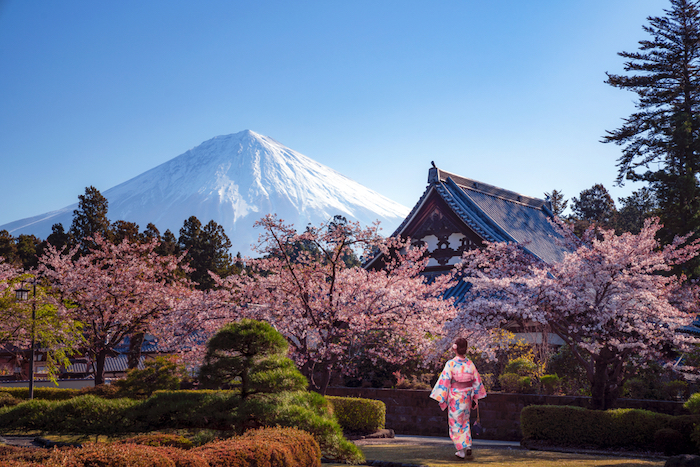 This ancient pilgrimage path weaves through the forested mountain ranges along the Kii Peninsula, just south of Osaka. Once upon a time, it was reserved for emperors and samurai, but today it’s open to all hikers who have enough puff. The route connects the capitals of Nara and Kyoto, ending up at the three Grand Shrines of Jumano – Yoshin and Omine, Kumano Sanzan and Koyosan, this hike follows the footsteps of Emperors that link the capitals of Nara and Kyoto.

UNESCO rewarded the trail with World Heritage status in 2004 – one of only two pilgrimage routes recognised by Unesco. Those who’ve already walked the other listed trail, the Camino de Santiago, will get a Dual Pilgrim badge and certificate too.

Located on the smallest of Japan’s main islands, the whole Shikoku Henro Pilgrimage route loops around the entire island. With a staggering 88 temples along the way, it’s definitely one for culture buffs, there’s plenty for outdoorsy types to enjoy too.  If you wanted to hike the whole 1000km+ hike, it would take you just over a month if you’re feeling spritely and close to two months if you’re taking it at a leisurely pace. Most hikers use public transport to shorten the route and also cut out a few temples along the way.

If you’re planning on shaving off some time, you’ll need to make sure you end your hike at the same temple you started with according to local custom. This multi-day trek connects the country’s old and new capital cities via a network of forest paths through the central mountains and Kiso Valley. It usually takes around five days to complete the entire trek, but there are various options for those who are shorter on time. The route is peppered with small villages that offer a fascinating insight into Japanese culture and history. If the prospect of hiking to the summit of Mount Fuji overwhelms you, Mount Daimonji is the perfect compromise. Daimonji – which literally translates as ‘the Big Character Mountain’ – packs a huge amount of personality. Located outside Kyoto, this day-long hike meanders through low lying plains and rivers in the Kyoto Basin. As you might expect, the views from the top are astounding. On a clear day, you might even be able to catch sight of Osaka’s soaring skyscrapers in the distance. Plus, it’s only a two-hour hike downhill too.

Every August 16, to mark the Obon Festival, the whole mountain lights up as locals send their ancestors off to the spirit world. This is the only day entrance is prohibited but it’s a spectacular sight to behold from afar. 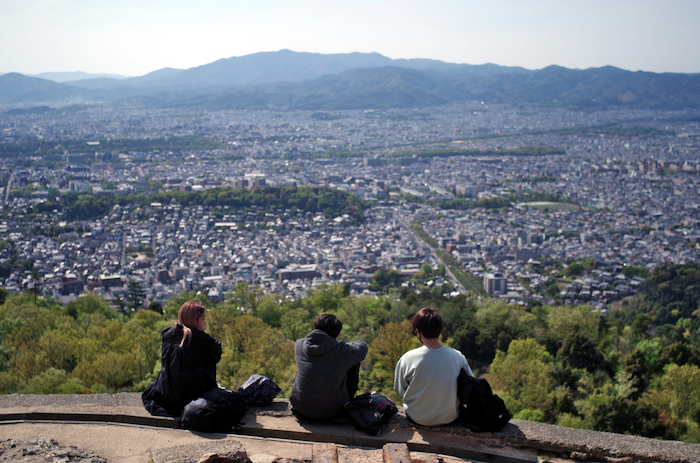 At first glance, you could mistake the Japanese Alps for Switzerland. But beyond the dense pine forests, snow-tipped peaks and bright blue rivers, this is pure Japan, complete with gassho-zukuri-style farmhouses. The Japanese Alps offer some of the best hiking on Japan’s largest island. There’s a dizzying range of hikes to choose from, suited to all levels too. For a gentler hike, you can head to the Kamikochi Valley, which acts as the starting point for most of the region’s more moderate hikes. For serious ascents, there’s the Yarigatake path, as well as the Hotakadake path. Perched in the mountains above Nikko at the foot of Mount Nantai, this lake formed around 20,000 years ago when the volcano last erupted. The 25 km route trails around the lake, past cascading waterfalls and lush forest. The lake’s shores are still largely undeveloped, save a small hot spring town called Chuzenjiko Onsen – perfect for soaking those weary legs after a day’s hiking.

The lake is at its most beautiful during autumn when the lake is ablaze with reds, gold and oranges. Most locals head here in the summer to escape the stifling city heat. 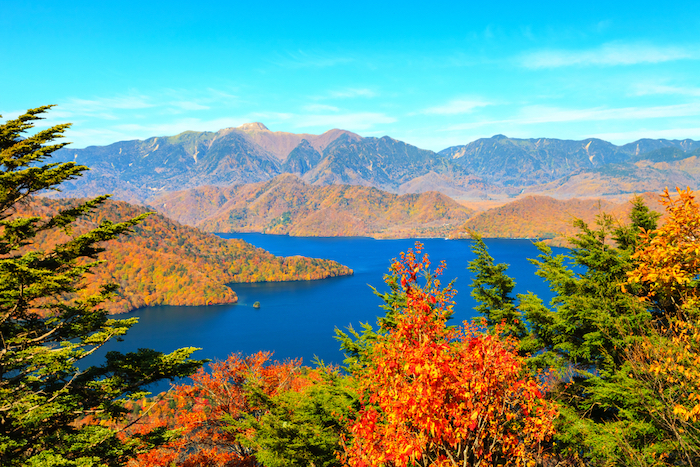 7 Interesting Facts About Dominica
21 hours ago