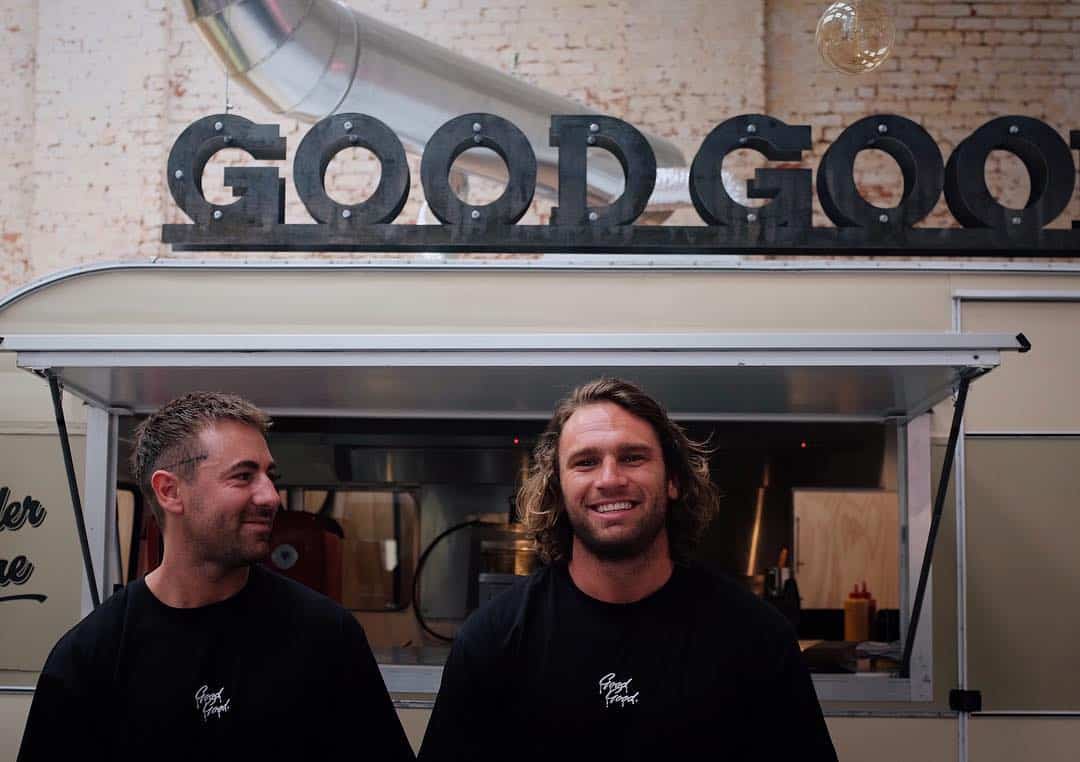 “It’s Just About Hanging In There”: How Restaurateurs Are Surviving Social Distancing

As the world switches from dining out to eating in, we talk to 10 restaurant owners across the globe on how their restaurants are managing social distancing. Times are tough right now, but quick decisions and innovation are keeping these places in business.

How Restaurants Are Faring in a World of Social Distancing

The change in the restaurant business model is “night and day”

That’s how Grant Buckley of Ground Burger Bar in Ontario, Canada, describes the switch in his restaurant since social distancing measures have come into play. Coming up to five years in dine-in business, they’re now using food delivery apps to help generate revenue, but after the steep commission rates, his margins are razor thin.

It’s not sustainable, Grant says, but “what other options do we have at this time? Unless we want to shut our doors then this is the only way to generate some income.” Ground Burger Bar has gone from a staff of 45 to three. Felicity Giuliani of Take Me Home pasta bar in Melbourne says that delivery “will only be sustainable for as long as customers keep supporting local and small.”

Even longstanding, larger restaurants are not exempt

With 35 locations across the United States, Hopdoddy burger bar must keep up just as much as the small, independent restaurants. Hopdoddy’s Senior Director of Marketing, Jennifer Faren, says that “over the past 10 years, we’ve never had to weather a storm like this.”

Other restaurants, such as popular seafood restaurants Michael’s and Little Mike’s in Dublin, Ireland, have also changed their business model “very drastically, very quickly”, closing both locations for dine-in. Owner and head chef Gaz Smith says how making this decision was “heartbreaking, even though we had been following the crisis very closely and mentally planned for it, it still shook us.”

He adds that in this uncertain climate, there’s no shame in walking away: “There’s a lot to be said for closing up and eating the rent, and you just try to get out without the risk of landing in huge debts if it doesn’t go your way.”

For Crooked Nose in Vilnius, Lithuania, their coffee store and roastery is unrecognisable. They never sold coffees to takeout, as only offered filter methods, so now they are focusing on selling beans only via online and pick-up orders. Owner Emanuelis Ryklys says that he ‘really feels the social distance and it’s sad, strange, different.”

With bills to pay and employees to look after, restaurateurs are throwing everything they can at the situation. This has led to innovation and new ways of serving customers.

Sydney-based Vietnamese eatery Madame Nhu now have a ‘Car Bar’ option. Customers can drive and park within a block of Madame Nhu and order snacks and a glass of cold draught beer or cocktail without leaving their cars. In effect, their car becomes their bar.

“The situation is so fluid”

Director of Madame Nhu (and sister restaurant Bar Pesta), Minh Nguyen, says how it’s all about speed right now. “What would normally take weeks or months to plan, implement and roll out – such as a new marketing campaign, implementing new technology or implementing a new initiative like our Car Bar service – we’re now doing it overnight!

Ground Burger Bar is offering take home patties and buns as a family pack for customers to cook at home. The Beef Chief is luckily located in an Amsterdam brewery, so can pair up to add beer to deliveries.

It’s times like this when not only does speed help, so does a strong support system. Gaz Smith of Michael’s credits his team for helping their busy restaurant to pivot into a drive-thru in just 36 hours. “A positive, motivated squad is the key here,” he says.

“They deserve so much credit, I’ll never forget it”

“I was so proud of how they adapted, stood shoulder to shoulder with me and actually were the ones who told me to cop on when I was doubting myself and get back in the game.

Hopdoddy’s move includes quarantine meal & drink kits – so guests can not only pick up lunch and dinner to eat right away but also a grocery style meal kit to take home and prepare later. They applaud their teams across the US, saying that ‘while the suddenness of the change as been difficult we’re proud of how our team has banded together to continue to serve our guests.’

Italian restaurant Old Scuola in Rotterdam, Netherlands, is trying to keep the good vibes going as much as they can. Alongside strict hygiene and safety measures for their new delivery service, they play off the stockpile trend – amusingly known as ‘hamsteren’ in Dutch.

From their very first delivery, they put a roll of toilet paper in with each order.

“This was a bull’s eye”, says founder Mark Zander. “A lot of people are putting their orders on their instagram stories. We are getting busier and busier day by day and it is going far beyond our expectations.” They also have a new online grocery store of their produce.

Government support varies across the world, with some regions offering better help than others

As eyes are glued to the news amidst unemployment initiatives and company loans, the question on every food business’ mind is how they can keep things going. For some, such as Grant Buckley (Ground Burger Bar) in Canada, it’s still pretty grim. “As of today’s date we haven’t heard of anything concrete to help. I know there has been talk but that’s all it’s been so far just talk. The local and federal government need to do something and something fast. I’m still paying bills but my revenue is drastically down.

“You can’t survive on this formula”

Tony Katsabanis from Antico Pizza in Kelowna, Canada echoes this. The issue, he says, is that the support is directed toward the individual, not really towards the business. “10% here or there won’t make much difference. The main problem is the lack of direction (no one’s fault, it’s too soon) but the main thing we need is timelines so we can plan ahead.”

Things appear to be a little better on the other side of the Atlantic. Simon Parrot of The Beef Chief admits that the Dutch government have “been very fast at supporting the population.” Mark Zander of Old Scuola also says that there’s a lot of support from the Dutch government. He mentions initiatives such as a €4,000 damage settlement for all the closed companies and 90% compensation for staff payment, so nobody has to get fired.

In Ireland, Gaz Smith applauds both the Irish government and Adrian Cummins, Chief Executive of the Restaurants Association of Ireland. “I genuinely can’t fault it for how quickly, fairly and supportive they were. It was done on the fly and we saw real leadership,” Smith says.

But with heightened government alerts, some restaurants can no longer even operate as delivery

Reece Turfus of Good Good – a bangin’ burger joint in Dunedin, New Zealand – actually decided ahead of the announcement of the country’s lockdown to close off their dine-in option. Using an NZ-operated delivery system, they doubled down on takeout and delivery. But with New Zealand’s recent upgrade to Alert Level 4, even takeaways and delivery outlets must close. This means Good Good are out of action for at least four weeks.

Reece says that their main concern is “staying afloat till we can get back to some form of operation.”

“Right now it’s just about hanging in there”

There’s few positives to take from closing down. But, Reece is using the forced time off to bunker down and aim for creativity,  something that the Good Good brand has in spades.

“There is really no angle for us to take apart from wait it out. All that being said, I am now stuck at home for at least the next four weeks. This will give me a lot of time to reflect and be alone with my thoughts. This is where new ideas and creativity stems from.”

As for the future of the food and drink scene in cities across the world? It’s tough to tell

Tony Katsabanis from Antico Pizza says that “I’ve been at it for 35 years so I know what to expect and how to react. I am in no way surprised in how Canadians have come together to work towards the best outcome possible, but I see nothing positive about this. Many people are going to get hurt.” Depending on how long the closures last, he adds, many restaurants will not re-open.

“It only takes one sneeze for many to now fall down”

Minh Nguyen in Sydney laments how the tax compliance regime, complicated awards system and lack of tenant protection have left restaurants financially fragile and unprofitable. He’s hoping governments will come to the realisation what the amount of red tape and regulations have done to the hospitality industry over the years.

What will be interesting, Nguyen thinks, is to see how delivery platforms like Uber Eats capitalise on its windfall with a flood of new restaurants, drivers and customers coming on board their platform.

Most of the restaurateurs we talked to say they firmly believe the food scene in their city will change for good because of the current situation. With many businesses not able to reopen and consumers having less cash to spare, everyone will be more conscious of spend. There is some bright sides though: creative collaborations and community support are already happening.

Gaz Smith sums up the global mentality of those in the food industry right now to a tee. “The hospitality trade is full of battlers”, he tells us.

“Plus, my wife wants me back out of the house, pronto”, he adds. Here’s hoping for everyone’s sake that things return to normality soon. What that ‘new normal’ is, we can’t say.

But as a publisher covering hospitality all over the world, we agree with Gaz. You are all battlers. You will get out of this. And all of us at Big 7 Travel will be there to support you in anyway we can, every step of the way.

7 Interesting Facts about Kuwait
7 hours ago