Though fairytale castles are more closely associated with Europe and the monarchy, New York is actually home to a fair few castles too. Many of these aren’t real castles, like those of England or Romania, but they are impressive structures nonetheless. Some are country houses, others follies and some are fortifications that were constructed to look like European castles. Curious to find out more? Here are some of the best castles in New York, USA.

Bannerman’s Castle, also called Bannerman’s Island Arsenal, is located on Pollepel Island in the Hudson River. Businessman, Francis Bannerman built the building between 1901 and 1918 as a military surplus warehouse. He built it in the style of a Romanesque castle. In 1920, an explosion destroyed a portion of the castle and nowadays, just the shell remains. Officials listed this picturesque ruin on the National Register of Historic Places and you can visit Bannerman’s Castle on a tour during certain times of the year.

Calvert Vaux and Frederick Law Olmsted designed Belvedere Castle in Vista Rock, Central Park. Construction started on the folly in 1869 and the stone structure is a hybrid of Gothic and Romanesque styles. This castle has exhibit rooms, a corner tower with a conical cap and an observation deck with sweeping views of the park.

Castle Rock in Garrison was once the residence of former Illinois Central Railroad president, William H. Osborn. Work on the castle started in 1881 and today it is on the National Register of Historic Places. Perched on a hill high above the Hudson River, the views from the castle are beautiful. The castle is closed to the public but you can walk around the surrounding land.

You’ll find Boldt Castle on Heart Island in the centre of the St. Lawrence River’s Thousand Islands region of New York. Millionaire, George Boldt, built the main house from 1900 to 1904. George constructed the castle as a tribute to the love he had for his wife. However, she died a few months before the castle was complete. The castle then lay vacant for 70 years until the Thousand Islands Bridge Authority acquired it and restored it to its former glory. The authorities then opened it to the public who can visit and walk the grounds, which also include additional castle-like follies. 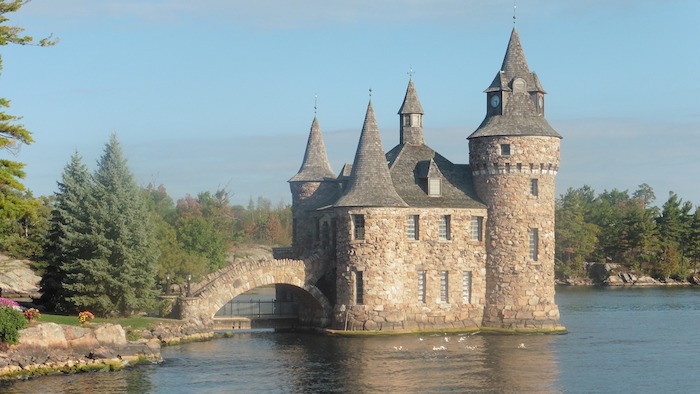 Lavina (Pardee) Beardslee started the castle project in the late 1790s. Her son, Augustus Beardslee then continue the building of the castle but it was her grandson, Capt. Guy Roosevelt Beardslee, that oversaw the completion of the project roughly around 1860. Beardslee Castle is in Little Falls and with its rusticated stone facade, it is a replica of an Irish castle. Fires burnt down the three-story ivy-clad castle in 1919 and 1989, and it was rebuilt after both accidents. Today, it is a restaurant and a popular wedding venue.

Lieutenant Colonel Jonathan Willian of the US Army Corps of Engineers designed Castle Williams, which is a red sandstone fortification on the northwest point of Governors Island. He designed it to protect New York City from naval attacks and is now a landmark of New York Harbour. Workers completed its construction in 1811, and at the time its design was pioneering. Castle Williams is so important that it is on the National Register of Historic Places and it is part of the Historic American Buildings Survey.

Owners, Peter and Toni Wing started building Wing’s Castle in Millbrook in 1970 and they’ve been adding to it ever since. They built the stone, timber and stucco structure using eighty per cent recycled materials. They salvaged a lot of this material from demolished structures and old buildings. Wing’s Castle has seven towers and a moat and is a bed and breakfast. So, if you want to spend the night in a castle in New York, book a room here. 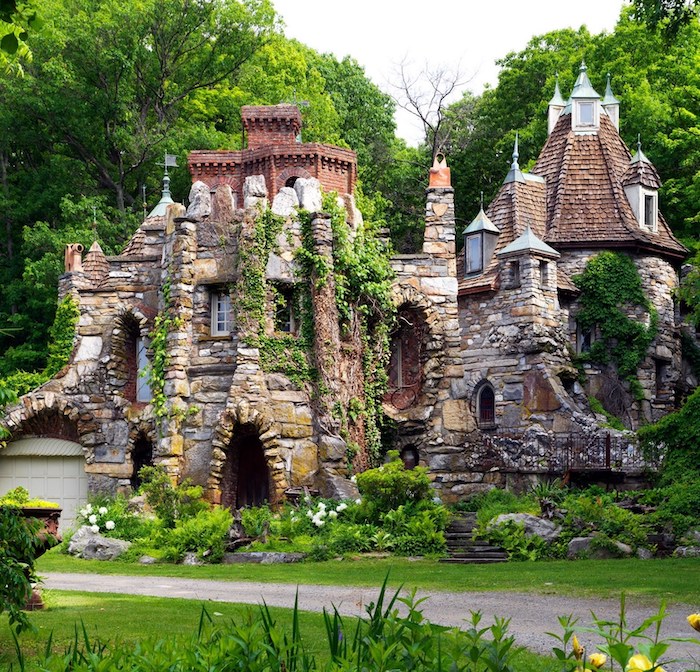 How Long did it Take to Build the George Washington Bridge?