Where To Go For The Best Nightlife In Madrid

Huertas is in the beating heart of the Literary Quarter, which was home to some iconic residents, such as Miguel de Cervantes, Lope de Vega, and Francisco de Quevedo. The spirit that existed when they walked these streets still exudes from the area today, with many 15th and 16th century taverns still open. So, if you want to mix history and culture with bars and nightlife, this is the place to do it. But Huertas has developed into so much more, with Calle Huertas and its parallel streets offering something for any kind of patron. There are relaxed spots, cocktail bars, clubs, jazz bars, flamenco spots, and more. While Huertas a popular choice for all ages, you’ll find lots of young tourists and students here. And not only is it a great place for a night out, but it’s also conveniently located close to the popular Puerta del Sol. 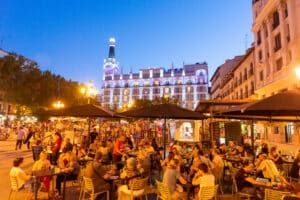 Malasaña is right in the city centre, close to the famous Gran Vía, so you won’t have trouble finding it. However, you might have trouble deciding on a place to go – this trendy area is teeming with bars and pubs. During the 1970s and 80s, it was the soul of La Movida, a counterculture movement that took place after the death of dictator Francisco Franco. That fierce, independent spirit still rings true today – it’s a hipster, forward-thinking area with a mix of indie and rock bars, as well as pop and electronic spots.

Whether you want a quiet place to kick off the night or if you want to end up dancing until dawn, there’s something for you here. Most of the clubs are pretty small, but that doesn’t mean they don’t rage on all night. You’ll find a mix of ages here, but most of those seeking a night out in Malasaña are in their 30s. 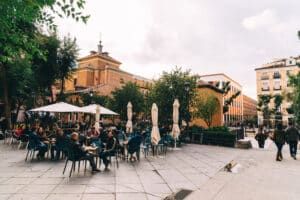 If you were to compare the nightlife in Madrid to that of London, you could describe Chueca as Madrid’s equivalent to Soho. It has an array of venues that have helped shape Madrid’s nightlife scene, becoming a part of the city’s cultural heritage. One such place is Museo Chicote, which has consistently been named Europe’s best bar. The historic spot has welcomed some legendary guests, including Ernest Hemingway, and iconic Hollywood stars. As well as being home to some of the city’s most celebrated bars, Chueca is also the heart of Madrid’s LGBTQ+ scene. There’s a bar catering to every culture and scene that you might identify with, with strong roots in the lesbian community. 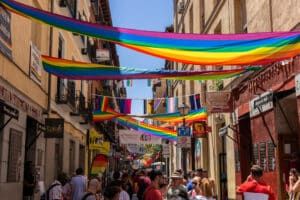 If you’re looking to dance the night away in a flashy superclub, head to Castellana. The area is a business district by day, but once those offices close for the night, it’s one of the best places to go for nightlife in Madrid.

The area is quite big, so we recommended sticking to the side streets that lead off the Paseo de La Castellana, the ones that run between the Plaza de Lima and the Plaza de Cuzco, as well as Avenida de Brasil. There’s a mix of musical styles, but most of the bars and clubs stick to Latino beats, techno, house, and commercial pop. So, if indie music is more your thing, Malasaña is probably better suited to your vibe. But if you want a booming atmosphere and songs that make you want to dance, you’ll love Castellana. Just remember to dress for the occasion – most of the clubs here will have a dress code. 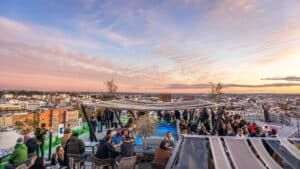 You might have to hop on the metro to reach this area, but it’s worth it for students looking for their place in Madrid’s nightlife. Although you certainly don’t have to be a student to party here, it is a hugely student-y area. It’s close to the majority of the city’s universities and halls of residence, so the nightlife scene here does cater for youngsters. You will be able to find relaxed cocktail bars and trendy tapas spots, but most of the nightlife is centred around clubs that keep the music going until the wee hours. There is a mix of musical styles, though. You’ll find everything from hard metal to EDM, as well as pop and Latino music. There is quite a lot of ground to cover, but most people stick to Moncloa, Argüelles, Metropolitano, Guzmán el Bueno, Ventura Rodríguez, and Plaza de España. 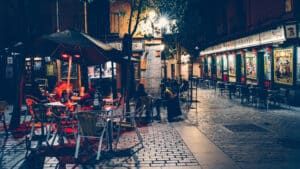 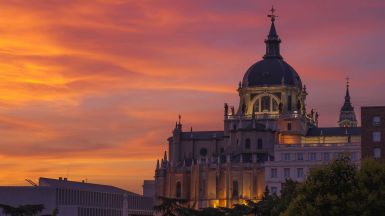 The 7 Best Spots For Sunset In Madrid 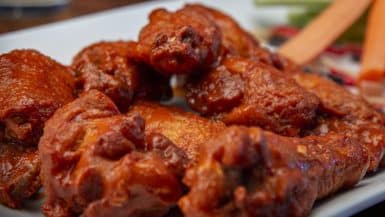 The 7 Best Places For Chicken Wings In Madrid 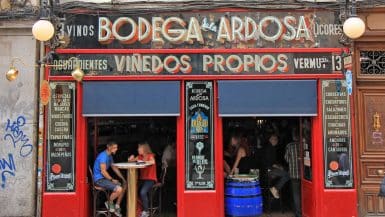 The 7 Best Tapas Bars In Madrid 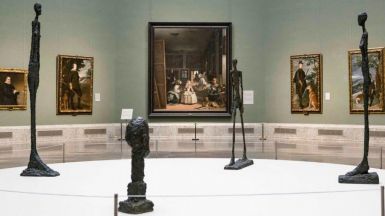 The 7 Best Museums In Madrid 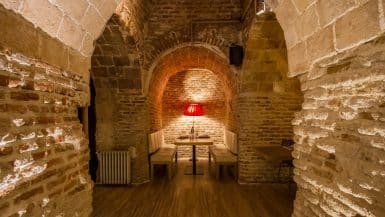 The 7 Best Restaurants For Valentine’s Day In Madrid 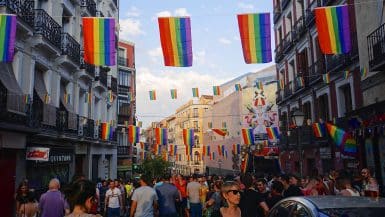 7 Of The Coolest Neighbourhoods In Madrid The 7 Best Wine Bars In Madrid The 7 Best Brunch Spots In Madrid The 25 Best Churros In Spain